I consider myself very blessed because of my assignment in China. Through this I was able overcome prejudices about Zhunggou and ZhunggouRen.

Anyway, another opportunity was to take a sneak peak of the North. I learned from one of my Ates- that she went to Dandong, they saw the North Korea, the difference between China and Korea land… so that really made me curious and for me it was an adventure.

So when I learned that my term is about to end, I asked my SoKor friend – Min and Sir Richard – my ACN colleague to go to Dandong on our last day.

We already learned that slow train isn’t really for us, we took the fast train instead.

We didn’t brought a lot of Mandarin together with us, and it was very hard for us to do a DIY trip because we only have very limited time. When we arrived at Dandong, they have this local travel arrangers wherein they have a lot of cards with prices and of course with Chinese names. We could only see very few foreigners but a lot of South Korean and Chinese tourist… or maybe I wasn’t able to notice other races.

So we paid CNY 299 for that travel & tours agency, that’s for the free coaster to Yalu River and the boat crossing the river. This is my closest encounter to the lands of North Korea. We saw armed troops on their specific stations and barracks, very few people who were just sitting in the riverbanks–just sitting, or maybe those guys are armies too or farmers. The water is yellow to brown and was disturbed with motor boats full of tourists. NoKor is plain, while China is mountainous. You could actually differentiate the progress and developments of these two communist countries. Check out some snippets and imagine North Korea.

After the trek, we were trying to reach out the phone number and we were not able to reach them. We felt scammed, we paid CNY 299 for just the Yalu River and the Hushan Great Wall… supposedly we still have a free shuttle going to the bridge… but that didn’t happen. Instead we went on our own way, I just don’t know how we understood each other, but at the end of our Chinese conversation, we agreed to pay him for CNY 50 to drop us at the main city.
And here’s our last itinerary, the Yalu River Broken Bridge-the story of this is very interesting a lot of travelers are able to see what’s on the opposite side of China. On the parallel side is the Sino-Korean Friendship Bridge where the cars & big trucks could pass through and not for pedestrians. In the NoKor’s side, there’s a Ferris wheel, buildings that have no tenants, a school, a long slide, and an armies. Also, in my side, there were a lot of travelers and tourists, and locals are selling cigarettes, keychains and other souvenirs.

It was a very melancholic afternoon, or maybe that’s part of the separation anxiety that I felt during those days. The clouds were all in pink and blue from a grayish skies, the place is laid back rather than in Dalian. I could see a lot of North-Korean and other international restaurants. It seemed that Dandong is very lively at night because of the presences of these clubs and restos, while I was very curious of what’s happening on the other side. IDK- but I fall in love to the serenity of this place.

To end our day, we had our dinner at a Sino-Korean restaurant after a very long walk. We really wanted to try a North Korean’s cuisine– but for some reasons, we weren’t able to found somethin like in Shenyang.😉

And here’s what I have learned in travelling to Dandong: 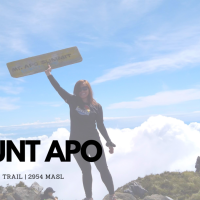 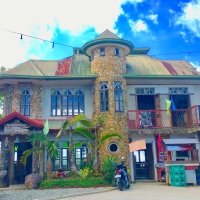